We arrived in San Francisco greeted by 70's plus weather.  What a change from the kalakala Gray and relative chill of Seattle.  After peeling off our layers of polar fleece and rain jackets we hopped on the BART to Berkeley and our first screening: the historic Shattuck Theater...just steps away from the U of Cal, Berkeley campus. 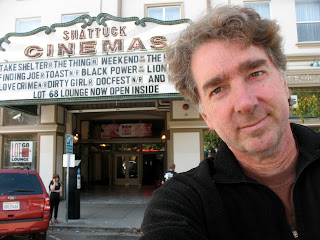 Due to the sunshine and unseasonal opportunity to get out and squeeze a little more out of Summer we had a small but enthusiastic crowd at the screening who stayed on for a lively Q & A and purchase a few DVDs...We met a terrific adventuress and writer from Guam who wants to show our film at next years  Guam Film Fest!  Hey do they spring for airfare and hotel too?  Our SF DocFest hosts are warm and experienced film lovers who made us feel right at home..and our Son Shane and his wife Song arrived with their 8 month old son Vincent!  So good to have them!

While awaiting our screening, we walked down Shattuck Ave, which runs right adjacent to the U of CAL campus and found a very lively and friendly group of 300 + folks with home made signs demonstrating in front of the Bank of America offices....these folks came in all ages, economic shapes and creeds...but they had one thing in common: They're pissed off at the unrelenting greed, injustice and indifference shown by the Banks, Corporations and the government.  Many had lost their homes, jobs and wanted to vent. 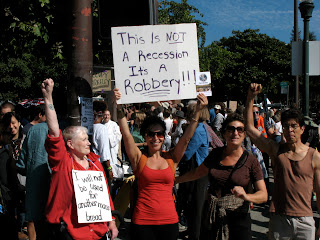 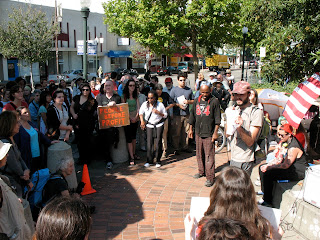 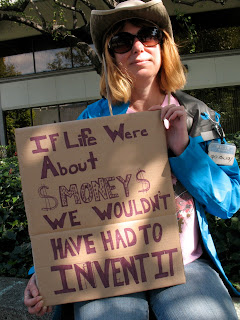 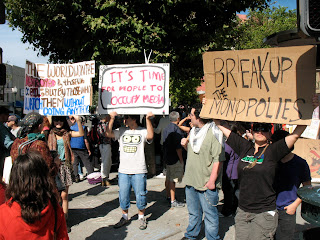 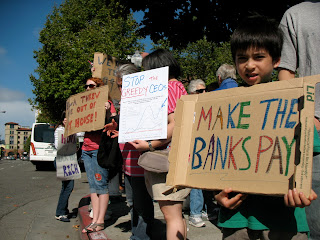 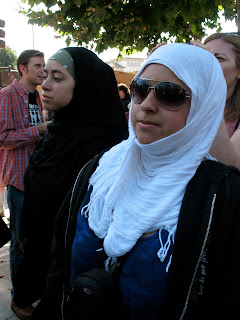 Speakers called for everyone to pull their money out of the Bank of America and to deposit it into local Credit Unions instead.  An Idea whose time has come!  As OnePine and others put it so well in BTTG,
we have the power to exert pressure by choosing where to spend our dollars.  Boycott the corporations sends a clear message that WE are the people that these institutions serve...not the other way around.


Posted by KEVIN TOMLINSON at 1:37 AM