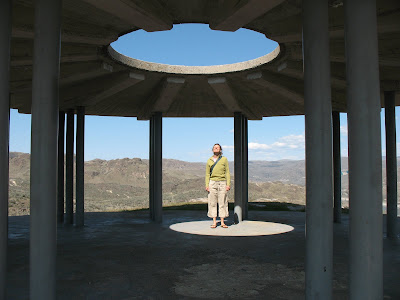 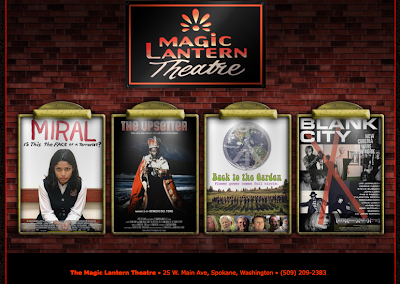 Our recent Earth Day series of screenings began in Bellingham at Western Washington University with a solid show of force by the students of Fairhaven and WWU turning out to support our film....OnePine's son, Bodie conceived organized and promoted the film as a part of Western's Earth Day
celebration...Great bunch of folks who were 2/3rds twenty-somethings and the rest baby boomers who remember it well...Music provided by Harvey Swanson and Deb Vester.
The very same night as the WWU showing, our film was broadcast on local PBS station, KCTS9 and drew the highest ratings yet for the entire series...
Then came Earth day in Spokane, Washington...the real capitol and service city to the communities of Back to the landers who are part of our film...They don't drive to Seattle to get supplies they can't get in Wennatchee, they drive to Spokane. Having an opportunity to bring our story of Eastern Washington's counterculture to the heart of Eastern WA. presented a rare opportunity. Luckily the gods of film screenings were smiling as we were joined by two of our main characters, Skeeter and Maeyowa for the post screening Q & A.
Humble and soft-spoken...a little humor thrown in, Skeeter and Maeyowa charmed our audiences with their well-informed answers about living and surviving without health insurance, the perceived contradiction of mega Corporations co-opting and offering organic food, about the spark that led them to choose the road less traveled....and much more...great questions that both our special guests had articulate and heartfelt answers for...the Spokane
audiences were spellbound. They loved the film but they loved our remarkable characters too.
Each of us really felt the genuine love and support expressed by Spokane's audiences. We had a magical time in Spokane! I can't wait to come back again. Thanks so much to the Magic Lantern Theater, the Inlander and Spokane Public Radio for helping us spread the word about our film! It just keeps on rollin'!
photos below: Our Earth Day road trip from the Methow Valley to Spokane took about 4 hours...we broke it up by stopping at the often missed viewpoint just above the Grand Coulee Dam...photos of Judy Kaplan (co-producer) with Maeyowa sharing lunch at this amazing picnic spot. 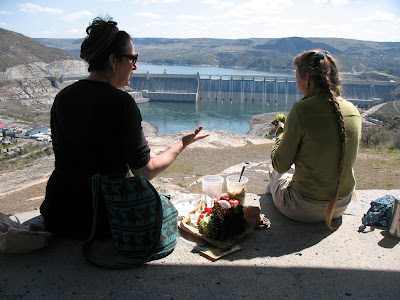 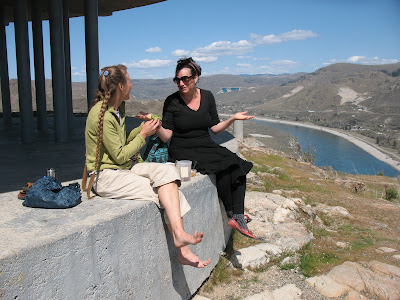 Posted by KEVIN TOMLINSON at 1:09 AM

Hi, Some one from facebook refereed your link i have book marked it nice blogs you write see Free Adwords Voucher here