It's been awhile since the last post...2012 is the year BACK TO THE GARDEN gets a national audience...via Public Television stations across the country.  In April our edited, 'broadcast version' will be fed via satellite to all Public TV stations for free.  That means any PBS station can record the Sat. feed and program it into their schedule for a period of up to 2 years.  It now has closed captioning and DVI, a separate dedicated audio channel for the sight impaired/blind which describes the action in the film.

Today, I'm sending out almost 200 DVD's to selected station programmers to inform them and encourage them to air our show...its really cool to think we will be broadcast to such a wide audience...including the big urban centers of the East, rural towns in the south, midwest, southwest and everything between Neah Bay to Rockport, Maine. 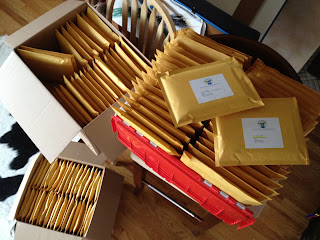 We'll keep you posted on the programing details as they emerge.  We're going to be tracking the broadcasters and suggesting schedulings for Earth Day (April 22), Woodstock Anniversary
(August 15-19th) and the United Nations International Peace Day on September 21st...

I should have added the Summer Solstice!  Or Jack Kerouac, Wavy Gravy or countless others Birthdays...where does it end?

Maybe you have a brilliant programming suggestion?  Send it our way via the blog comments or simply email us directly at ktvc2001@aol.com.

Finally, I love this short TEDex video sent to me by our friend Stefan in Amsterdam which sums up our feelings so well...on being inspired every day and gratitude..I hope you'll be inspired too.

Posted by KEVIN TOMLINSON at 12:34 PM